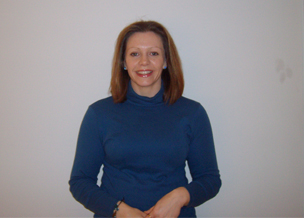 Sittingbourne have chosen Viv Hawkey as their Member of the Month for March.

Viv has been a member since March 2009 and in that time has lost an incredible 5 stone in weight, lost 6 inches from her waist, 4 inches from her hips and a reduction of 10% in body fat. This is a fantastic achievement in less than a year.

“A year ago I found myself signing up to Weight Watchers after being coerced into joining to support a friend. I had spent 38 years being a bigger person and was quite happy within my skin but I felt it was time to change. There was no, one specific reason but certainly deciding factors were my Son and being fed up with people judging me or being rude to/about me purely because of my size.

Over the past year I have changed by relationship with food and reassessed my exercise regime – thanks Roi! I broke down my seemingly impossible task target of losing 5 stone into smaller goals with the ultimate aim of wearing a fab frock to my Christmas party … which I did! For me, a variety of exercise is important and undoubtedly Reynolds has played a major part. I have, so far lost 5 stone and am 7 1/2 stone lighter than I was at my heaviest. My goal for the coming year is to get my weight within a healthy BMI range.

I also managed to maintain my weight at 12.5 stone over Christmas and New Year which I felt happy with as there were many events and temptations!”