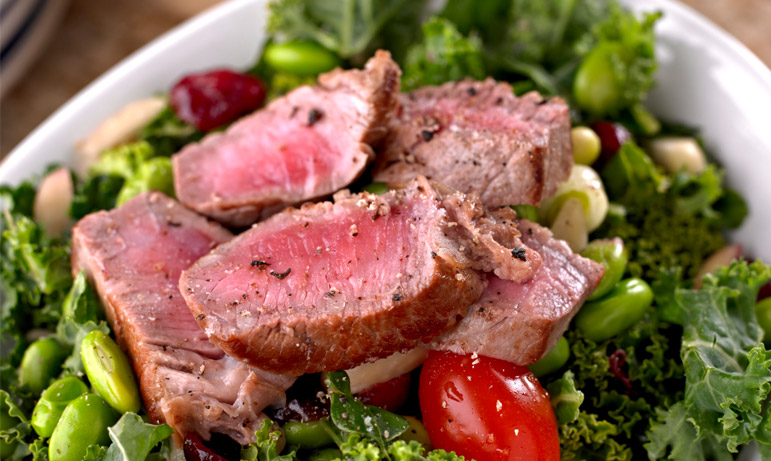 Around since 2002, the Paleo diet has been steadily growing in popularity for the past 13 years as a way to lose weight while being able to indulge in all your favorite proteins and fats.

The ‘scientific’ premise of the diet is, well, a little shaky. Debatable at best. It suggests that our digestive systems and metabolism evolved during the Paleolithic era (which ended around 10,000 years ago) and that we have not had the time to adapt to the new foods that we started eating since agriculture overtook hunting and gathering.

It argues that we’re still best adapted to eating the foods that our hairy, club-wielding ancestors had access too (nuts, berries, veggies and meat) and that many health issues prevalent today can be attributed to our indulgence in foods we’re not evolved to eat regularly (grains, legumes, dairy).

It’s been claimed that a paleo diet can help reduce problems like obesity, heart disease and diabetes and can give followers a longer, healthier and more active life.

It’s an interesting theory, but it does simplify the dietary habits of our ancient relatives. There’s a lot of evidence that they did in fact eat grains and legumes, and that humans are much more nutritionally flexible than paleo proponents claim.

But ignoring the scientific sabre-rattling, does the paleo diet work?

It does seem to help with weight loss. The paleo diet reduces sugar and carbohydrate in-take, and strict followers will often end up eating at a calorific deficit, letting them lose body fat.

It does tend to provide a good range of nutrients too, so long as you vary your veggies, fruits, meat and fish. The only things it may fall short on are calcium and vitamin D, which can be solved by the odd ‘cheat’ glass of milk and a few minutes each day in the sun.

It’s also fairly simple, which makes it easier to follow. And easy-to-follow diets have been shown to improve consistency and commitment, which will always bring results. Although it can make eating out difficult, the same can be said of almost any diet.

There are an abundance of cookbooks available now that offer some great, easy-to-prepare paleo recipes.

So in conclusion, the paleo diet may well be worth a try for you if you struggle with other diets. However, the key is to be consistent. You can’t expect results if you’re a bona fide caveman/woman 4 days a week, but spend the rest of the time tucking in to carb-heavy comfort food.